How Dehydration Affects Your Brain Function 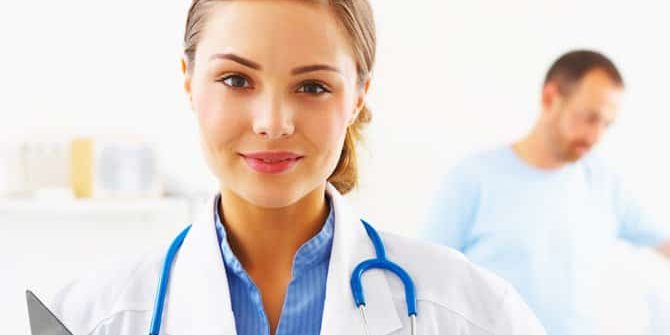 Water makes up at least two-thirds of the human body and plays an important role in your normal functions. Subsequently, dehydration can lead to a number of other ailments, from migraines1 and constipation to kidney stones. It can also take a toll on your brain health, affecting your mood and overall brain function. For example, when you’re dehydrated, you’re more prone to irritability, anxiety and fatigue.

Dehydration happens when you’ve lost too much water in your body without replacing it, preventing your body from performing its normal functions. Mild dehydration can easily be treated but if it reaches extreme levels, it can be life-threatening and will require immediate medical attention.

About three-quarters of your brain is water, and when dehydrated, your brain actually shrinks in volume. (This shrinking is what causes a dehydration headache.)

Even mild or temporary dehydration can alter your brain function and impact your mood2 as revealed in a 2013 study,3 in which 20 healthy women in their mid-20s were deprived of all beverages for 24 hours. While no clinical abnormalities were observed in the biological parameters (urine, blood and saliva), thirst and heart rate did increase and urine output was drastically reduced. As expected, the urine also became darker. As for mood effects, the authors noted:

“The significant effects of [fluid deprivation] on mood included decreased alertness and increased sleepiness, fatigue and confusion. The most consistent effects of mild dehydration on mood are on sleep/wake parameters…”

Fortunately, within 20 minutes of drinking some water, effects such as these are reversed. Dehydration-induced headaches are also rapidly alleviated once you rehydrate. Interestingly, cold water absorbs 20 percent faster than tepid water, so to increase the speed of recuperation, drink chilled water opposed to room temperature water.

If your kids struggle with frequent fatigue and mood swings, consider making sure they drink sufficient amounts of water. I’ll give you several tips for how to ascertain your hydration level below. Kids are at higher risk for dehydration for the simple fact that they’re more prone to drinking sweet drinks like soda and fruit juice instead of plain water.

A Harvard study4,5,6 found more than half of American children are dehydrated, which can have repercussions for their health and academic performance. About one-quarter of children in the U.S. do not drink water on a daily basis. Overall, boys were 75 percent more likely to be inadequately hydrated than girls — a finding that dovetails with previous studies7 showing boys drink more sugary beverages than girls.8

Another study, published in 2011, found that dehydration caused by exercise-induced sweating led to “a significantly stronger increase in fronto-parietal blood-oxygen-level-dependent (BOLD) response during an executive function task … whereas cerebral perfusion during rest was not affected.”9

Because the increased BOLD response was not paralleled by diminishing cognitive performance, the researchers concluded that dehydration impaired metabolic activity in the brain, and that participants exerted a higher level of neuronal activity to maintain a normal performance level as a result.

“Given the limited availability of brain metabolic resources, these findings suggest that prolonged states of reduced water intake may adversely impact executive functions such as planning and visuo-spatial processing,” the researchers said.

Dehydration May Impair Your Driving Ability

The fact that your cognitive functions take a hit and your ability to concentrate declines can have serious ramifications when you’re behind the wheel. Research10 shows dehydrated drivers made twice the amount of errors during a two-hour drive compared to hydrated drivers, which is similar to driving drunk.11 For these tests, hydrated drivers drank 200 milliliters (mL) (6.7 ounces) of water every hour, compared to dehydrated drivers who received only 25 mL per hour. As reported by The Daily Mail:12

“During the normal hydration test, there were 47 driving errors. That number rose to 101 when the men were dehydrated — the same mistake rate as that when drivers were either sleep deprived or at the drink-drive limit. The researchers … think dehydration leads to reduced brain activity as well as a drop in alertness and short-term memory … “

As shown in the Health First graphic below, your entire body suffers when you’re dehydrated. Even mild dehydration can produce an imbalance in your body’s equilibrium. Dehydration is rated as mild, moderate or severe depending upon the percentage of water loss your body experiences.

After losing 1 percent to 2 percent of fluid your thirst mechanism will be triggered, prompting you to drink, but at this point dehydration is already affecting your function.13 During mild dehydration you may have lost up to 5 percent of your body fluid.

Symptoms of long-term dehydration or more severe dehydration include increased cholesterol, rapid heartrate and/or breathing, low blood pressure and signs of premature aging, such as dry, “parched” skin. Dehydration also slows down your metabolism. Drinking as little as 16 ounces of water in a day can raise your metabolic rate by as much as 30 percent, according to one study.14 A 2 percent level of dehydration has also been shown to cause a 10 percent decrease in athletic performance.15

Using thirst as a guide to how much water you need to drink is one obvious way to ensure your individual needs are met on a daily basis. Excessive hunger — sugar cravings in particular — is another common sign your body needs more water. In fact, aside from thirst, hunger is one of the first telltale signs of dehydration. So, if you feel hungry, drink a glass of water and wait 20 minutes before grabbing a snack.

Other signals indicating you need to drink more water include the following.16, Delirium and unconsciousness are two signs of acute and severe dehydration that could be life threatening and need immediate medical attention.

Aside from relying on signs and symptoms, here’s a simple “chug and pee” test that can help you assess your level of dehydration:

Other ways to assess dehydration include the following:

•Frequency of urination: Most people urinate between four and seven times each day, depending upon the size of your bladder and the amount of urine you have to release. If you urinate less than four times, or not at all, you probably need to drink more water

•Color of urine: Color is one of the easiest ways to determine your hydration status. The color of your urine is determined by the concentration of waste products in the fluid. The more water you have in your body for your kidneys to mix with waste products, the lighter in color your urine will be. You should be drinking enough water for your urine to be a light straw color, or light yellow.

If your urine is darker, it means your kidneys are working harder to concentrate the waste products and remove them from your body without causing further dehydration. You may not be aware of some of the physical and cognitive reductions in your performance, but they are there. Be aware that certain nutritional supplements can color your urine bright, almost fluorescent yellow, which can make it more difficult to ascertain the true color of your urine.

If your urine is almost clear you may be drinking too much. While far less common than dehydration, excessive hydration can also be life-threatening. Dr. Tim Noakes‘ book “Waterlogged: The Serious Problem of Overhydration in Endurance Sports,” exposes how the beverage industry has influenced the drinking guidelines for athletes, leading to unnecessary deaths from overhydration

•Odor: Your urine should be relatively odorless. The scent will depend on your level of dehydration, the foods you’ve eaten in the last 24 hours and whether or not you have a bladder infection. The more concentrated your urine is (from waste products eliminated by your kidneys), the stronger your urine will smell of ammonia.

There’s no doubt that you need pure water for optimal health. You can go quite a long time without food, but without sufficient amounts of water on a daily basis, your performance and health start to deteriorate rather quickly. Simply swapping out all sweetened, bottled beverages for pure water can go a long way toward improving your health, as virtually all of the biochemical processes in your body need water — not sugar.

Consider this: Your body consists of about 11 gallons (42 liters) of water, which accounts for between 50 percent and 70 percent of your body weight. Your blood is 85 percent water; your muscles 80 percent; your brain 75 percent and even your bones are 25 percent water,17 which illustrates the importance this fluid plays in your health.

The amount, however, is something you need to fine-tune based on your individual circumstances. Your water requirements vary depending on your age, activity level, climate and more. But you needn’t get bogged down with trying to figure out the exact amount your body needs or tracking how many glasses you’ve drunk in a day. If you learn to listen to your body, it will tell you when it’s time to replenish.

Simply using thirst as a guide to how much water you need to drink is a simple way to help ensure your individual needs are met, day by day. As mentioned, you can also use color of your urine as a guide. If it is a deep, dark yellow then you are likely not drinking enough water. Fatigue, moodiness and headache can also indicate you need to drink more water.