VAX-D vs. Other Spinal Therapies 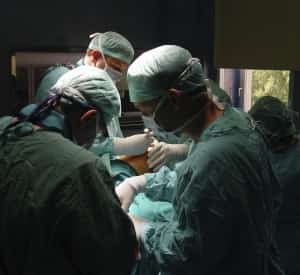 VAX-D® is a non-surgical treatment developed for the management of disabling low back pain.

In most cases, VAX-D is better than surgery. This is due to the fact that surgery physically alters the spine by removing all or part of the problematic disc. Although this can reduce the pressure on the nerve, and relieve the back pain, the surgery tends to place more stress on the healthy discs above and below. Complications from surgery can be severe and may result in debilitating conditions. Clinical studies show that VAX-D is successful in about 7-9 out of 10 cases.

VAX-D® Treatment vs. Traction and Other So-called “Decompression” Therapies

VAX-D® achieves its effects through decompression of intervertebral discs and facet joints, that is, unloading due to distraction and positioning on the VAX-D® Table.

VAX-D® is not traction. The main difference between VAX-D and traction is function. VAX-D® decompresses the disc by reducing intradiscal pressures so low that extruded disc tissue is pulled back into the disc. The low intradiscal pressure also causes an infusion of fluid and nutrient cells. That is what makes it so effective. VAX-D® is the only process that has been found in clinical research to lower disc pressure to negative levels.

Studies published on conventional traction, on the other hand, demonstrate that pressures within the discs stayed the same, were not lowered and, in some instances, were actually elevated. As a result, traction therapies can even end up being harmful to the spine.

There area many copy cat devices that claim to be the same as VAX-D® but actually are not. They go by different names, including: DRX, DRS, Lordex, Intra Discnutrosis  and Spinex. They are traction devices that can stretch the lower back, but they have not demonstrated the ability to lower intradiscal pressures.

Traction tables have a small electric wench that attaches to the head of the table. A rope and pulley are then attached to either a cervical device or lumbar belts. Either static or intermittent traction modes can be chosen, but neither have been shown to reduce intradiscal pressure. Only VAX-D® has clinically demonstrated this.

The VAX-D® Treatment Table is protected by patents issued in the U.S. and Internationally.

VAX-D is used in over 300 centers worldwide, 3000 patients a day are treated, used by the best MD’s, orthopedic surgeons in private practice, hospitals, chiropractic physicians, and physical therapists. Accepted by all specialties. Real Science with real results.

***Research done with an editorial board comprised of several world-renowned orthopedic surgeons. The summary concludes that ” VAX-D should not be considered traction in the traditional sense, but as decompression. VAX-D is the only non-invasive treatment that has been proven to decompress the disc, with other traction devices, there has been only indirect proof. ****