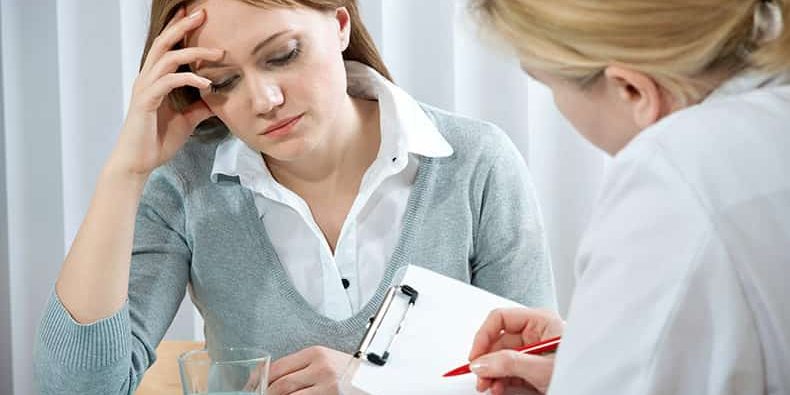 The U.S. has recorded declining life expectancy and increasing mortality for people in midlife,1 despite spending a disproportionate amount on health care per person relative to wealth than any other country.2 Those in wealthy countries tend to spend more per person on health care yet, on average, the U.S. spends nearly double the amount that most other wealthy countries spend per person.

Yet, it appears the high financial burden of health care in the U.S. is not paying dividends in lengthening life expectancy or reducing rates of disease. For instance, the CDC reports the prevalence of diabetes rose from 0.93% of the population in 19583 to 9.4% in 2015, with more than 100 million living with diabetes or prediabetes in 2017.4

Life Expectancy Rises in Other Countries; Falls in US

The researchers focused on those who died during midlife, from ages 25 to 64 years. The data were broken down further by sex, socioeconomic status, geography, race and ethnicity. The researchers found a decline in life expectancy after 2014 for three consecutive years. From 2010 to 2017, all-cause mortality during midlife rose from 328.5 deaths per 100,000 to 348.2 deaths per 100,000.

The largest increases occurred in the New England states of New Hampshire, Maine and Vermont as well as the Ohio Valley states of West Virginia, Ohio, Indiana and Kentucky. The increase was estimated to produce 33,307 extra premature deaths, 32.8% of which were found in the Ohio Valley. The researchers believe major contributors have been from specific causes such as suicides, drug overdoses and organ system diseases.

Dr. Steven H. Woolf from Virginia Commonwealth University was lead researcher on the study. He believes many factors were at play and though the opioid epidemic is a major driver, it is far from the sole trigger, indicating there may be a broad erosion in health. Woolf commented to The Washington Post:6

Past Choices Reflected in Current Health

Many risk factors manifest themselves in your health gradually. For instance, obesity is a significant part of the rising number dealing with metabolic related diseases. The authors of one study called the recent unprecedented rise in obesity in the developed world7 “perhaps the most rapid population-scale shift in human phenotype ever to occur.”

People do not become overweight immediately but, rather, through consistent lifestyle choices that reduce their activity level and increase the amount of energy they consume each day. A function of eating high-carbohydrate foods triggers rising hunger, ultimately feeding a diet of excesses.

Obesity8 can lead to Type 2 diabetes, high blood pressure, heart disease, cancer and nonalcoholic fatty liver disease (NAFLD). Each of these conditions is triggered by past lifestyle choices linked to the risk of increased premature death.

Death Epidemic Planned by Manufacturer Doubles in One Decade

A group of scientists recognized that the rising number of Americans dying from drug overdoses was one of the underlying causes of a declining life expectancy in the U.S. The National Institute on Drug Abuse9 records the number of deaths from illicit drugs and prescription opioids and found a twofold increase in 10 years.

Overdose deaths involving any type of opioid rose from 8,048 in 1999 to 47,600 in 2017. In the face of a rising epidemic to addictive opioid painkillers, an advisory committee to the U.S. Food and Drug Administration in October 2018 sanctioned the most powerful synthetic opioid painkiller released to date — Dsuvia (sufentanil).

The drug tests 1,000 times stronger than morphine, 50 times more potent than heroin and 10 times stronger than the synthetic opioid fentanyl. While this rapid increase in deaths from drug overdoses is overwhelming, it is heartbreaking to realize drug manufacturers may have planned this to feed their bottom line.

The underhanded dealings of one company were made public in early 2019 when a Massachusetts a judge ruled to release an unredacted account of a complaint filed with the state attorney general’s office against Purdue Pharma.

The documents show how one owner of Purdue, Kathe Sackler, developed a confidential program called Project Tango to expand their business from the development and sale of opioids to include the treatment of opioid addiction. The goal was to become “an end-to-end pain provider” by spanning the pain and addiction spectrum, providing both the addictive drug and the treatment.

After finding profits had doubled from 2009 to 2014, they concluded the next opportunity was opioid addiction treatment to continue selling opioids and treatment drugs to a vulnerable population, feeding rising mortality rates.

The team mapped out how patients could first get addicted to opioids through prescription drugs or heroin, and then become consumers of the company’s new drug. They noted even after patients were finished with a first round of treatment, up to 60% would relapse and need it again.

One common over-the-counter drug associated with accidental poisonings in young children is acetaminophen, brand name Tylenol. A review of poison control centers data showed a surprisingly high number of calls were made related to unintentional ingestion of acetaminophen.

Liver damage from acetaminophen is also problematic in adults. In one published study,10 researchers found hepatotoxicity from Paracetamol, the brand name of acetaminophen in the U.K., is the most common form of acute liver failure in the U.K. Staggered high doses were repeatedly used for pain control and were associated with a reduced survival compared to a single large overdose.

Delaying medical attention after a single overdose or a staggered overdose pattern is associated with adverse outcomes, increasing the risk of multi-organ failure. The antidote to acetaminophen toxicity is N-acetyl cysteine (NAC). It’s worth knowing about or keeping in your home if you ever use acetaminophen.

Medication More Harmful Than the Condition

Data from a study published in 2017 showed 1 in every 6 Americans from 18 to 85 years were on psychiatric drugs in 2013; most of those drugs m were antidepressants. During that year, 84.3% reported using antidepressants long-term, having filled three or more prescriptions.

Unfortunately, while the drugs are routinely used as a first line of treatment for depression, studies show they are no more effective than placebo. They also come with serious side effects often ignored or purposefully hidden.

Among those is the risk of self-inflicted violent acts and/or violence against others. Further research shows antidepressants increase aggression in children and adolescents by two to three times. This is an important finding since in many school shootings the killer was on antidepressants.

An internal GlaxoSmithKline analysis of their own data showed “patients taking Paxil were nearly seven times more likely to commit suicide than those on placebo.” Eli Lilly, maker of Prozac, may have been behind the worst mass shooting in Kentucky history. Dr. Peter Breggin, scientific and medical expert for over 100 plaintiffs who sued Eli Lilly in the early ‘90s, wrote about the case:

“Joseph Wesbecker was on Prozac in September 1989 when he walked into his workplace, a Louisville, KY printing plant, shot dead eight colleagues, wounded 12 others, and killed himself. Survivors and relatives of the dead took Lily to court in 1994. They claimed that Wesbecker’s violence was due to Prozac.”

In his book about the trial, during which the jury decided in favor of Eli Lilly, he recounted how the judge later discovered Eli Lilly had “paid the plaintiffs to throw the trial by withholding damaging evidence.” The number of antidepressants prescribed across the U.S. continues to grow and contribute to a rising number of violent acts resulting in suicide and bystander death.

NAFLD, a side effect of obesity, is associated with an increased risk of overall death in those also suffering with diabetes. In a study11 of 337 diabetic participants, those with NAFLD tended to be younger females who were obese. Those who also had NAFLD and diabetes suffered a mortality rate of 29%, with most common causes liver cancer or liver complications.

The prevalence of NAFLD is increasing, with approximately 25% across the world affected.12 The condition places you at increased risk for severe and decompensated liver diseases, including hepatocellular carcinoma, cardiovascular disease and Type 2 diabetes. One method reducing your risk of NAFLD is maintaining optimal levels of choline.

In one study researchers looked at the impact choline had on the severity of NAFLD and found a reduction in intake could significantly increase symptoms, including fibrosis of the liver tissue (thickening and scarring of connective tissue). Although your liver does produce small amounts, the rest must be supplied through the food you eat.

Unfortunately, it is estimated that 90% of Americans are deficient in choline. Healthy sources of choline include eggs, grass fed beef liver, wild-caught Alaskan salmon and organic pastured chicken.

While a dietary reference intake value has not yet been established for choline, the Institute of Medicine set an “adequate daily intake” value of 425 mg per day for women, 550 mg for men and 250 mg for children to help prevent a deficiency and potential organ and muscle damage.