Is Your Sunscreen Helping or Harming You?

You are here:
Environment 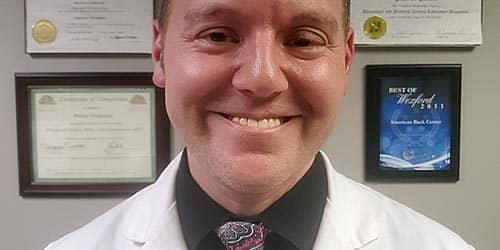 Beauty is big business. Cosmetics and personal care products benefit from social media, targeted pricing and companies that are aiming at sustainable alternatives demanded by consumers.

In fact, the Environmental Working Group (EWG)1 says that legislation passed in the 1930s marked the last time federal supervision regulating personal care products was updated, “before most of the synthetic chemicals in use today were even invented.”2

In addition to a well-known lack of oversight, the Food and Drug Administration allows products to be sold without basic safety testing of the ingredients.3 Sunscreen is one of those products. While regular, consistent and sensible sun exposure is vital for optimal health, overexposure can damage your skin and raise your risk of skin cancer.

Unfortunately, people have been made to fear the sun so much that vitamin D deficiencies have become a serious problem,4 as has been demonstrated during the COVID-19 outbreak.5 In addition to your immune system, your cells require the active form of vitamin D to access the genetic blueprint stored in your cells.

This means if you’re spending the day at the beach or outdoors for hours at a time, you likely need some form of sun protection. While clothing is an ideal choice, many people opt for sunscreen, which can have several adverse ramifications. One of these is exposure to known carcinogens, which pharmaceutical testing company Valisure found in 27% of the products tested.8

Valisure tested 294 sunscreen products across a range of companies and found 78 contained at least three times the level of benzene than the FDA allows in special circumstances.9 Benzene is an industrial chemical recognized by the CDC, U.S. Health and Human Services and World Health Organization as a known human carcinogen.10

CBS News reports11 that 14 of the sunscreen products analyzed by Valisure with the highest amount of contaminants came from four popular personal care brands, including Neutrogena, Sun Bum, CVS Health and Fruit of the Earth. Not all the products in these brands contained benzene.

Routes of exposure known to increase your risk from benzene are inhalation, ingestion and skin and eye contact. The FDA recognizes benzene as a Class 1 solvent that should not be used in consumer products. However, it also states, “… if their use is unavoidable in order to produce a drug product with a significant therapeutic advance, then their levels should be restricted.”12

After testing, it’s apparent that benzene is not a part of the formulation for all sunscreen products. This likely indicates that it is not a necessary component for the product to work and therefore does not fall under the special circumstances for which the FDA allows 2 parts per million (ppm).

The dangers associated with benzene have been known as early as 1897.13 Scientists have evidence that exposure to benzene is additive, and it increases your risk for cancers like leukemia. David Light, founder and CEO of Valisure, commented on the results of the study, saying:14

“Benzene is one of the most studied and concerning human carcinogens known to science. Its association with forming blood cancers in humans has been shown in numerous studies at trace levels of parts per million and below.

The presence of this known human carcinogen in products widely recommended for the prevention of skin cancer and that are regularly used by adults and children is very troubling.”

Valisure has petitioned the FDA to recall the contaminated batches. The regulatory agency is considering that petition. In the meantime, a spokesperson from the FDA commented to CBS News, “The FDA takes seriously any safety concerns raised about products we regulate, including sunscreen.”15

As Valisure notes in their press release, the FDA has determined that because of the unacceptable toxicity of benzene, it should not be used in any “standard” pharmaceutical product.16 Yet, the FDA has not established an exposure limit and the 2 ppm concentration only applies in special circumstances, which in this instance does not include sunscreen.

Dr. Christopher Bunick, associate professor of dermatology at Yale University, believes even the 2 ppm limit established by the FDA in special circumstances is not safe, saying:17

“There is not a safe level of benzene that can exist in sunscreen products. Even benzene at 0.1 ppm in a sunscreen could expose people to excessively high nanogram amounts of benzene.”

FDA Study Says Sunscreen Chemicals Build Up in Your Body

Two studies funded by the FDA and published in 201918 and 202019 showed certain ingredients in sunscreen may build up in the body at unhealthy levels. The chemicals the FDA studied included avobenzone, oxybenzone, octocrylene, homosalate, octisalate and octinoxate.20

Some of these chemicals accumulate at levels higher than what would be considered safe.21,22 This begs the question of why the FDA considers these products safe. This is worrisome since the study showed all the chemicals are above the safety level seven days after a person used sunscreen.23 This unwillingness of the FDA to move on sunscreen ingredients is not new.

Over 20 years ago, Sen. Chuck Schumer, D-N.Y., asked the FDA to require warnings on sunscreen products that contain retinyl palmitate after a lab study showed the chemical causes tumor growth in animals.24 While some dermatologists claim retinyl palmitate is safe, Schumer insisted definitive studies are needed to be done because consumers “have the right to know.”25

In one study26 using data from the 2003-2004 National Health and Nutrition Examination Survey (NHANES), researchers found that 96.8% of the sunscreen samples had detectable levels of benzophenone-3, another name for oxybenzone.

Oxybenzone enhances the ability of other chemicals to penetrate your skin. This includes anything on your skin including toxic herbicides, pesticides and insect repellent. In a study published in 2004,27 oxybenzone was among other chemicals that significantly increased the absorption of the herbicide 2,4-D, which is a significant concern for agricultural workers.

The chemical, along with at least eight other sunscreen ingredients, shows up in breast milk and amniotic fluid, as well as in urine and blood.28 A follow-up study published by the FDA research team29 looked at an expanded line of active sunscreen ingredients. The participants applied 2 mg per square centimeter over 75% of their body at two-hour intervals at baseline and again on Days 2, 3 and 4.

Over the following 21 days, blood samples were collected that demonstrated the mean maximum plasma concentration for oxybenzone was 258.1 nanograms per milliliter (ng/mL) when applied as a lotion and 180.1 ng/mL when applied as an aerosol spray.30 The higher concentration was a little over 500 times higher than the presumed safety threshold of 0.5 ng/mL31 after just a couple days of use.

Despite data from their own funded research on the dangers of systemic absorption of sunscreen, the FDA continues to urge Americans to use sunscreen. The justification for this recommendation, as noted by doctors in an accompanying editorial,32 and discussed by the American Academy of Dermatology,33 is a lack of evidence.

Mounting research demonstrates oxybenzone is dangerous, but the FDA is waiting for yet another study to demonstrate clear evidence of harm before taking action to protect you. Other studies show oxybenzone:

Considering the endocrine disrupting and neurotoxic effects of oxybenzone, its high absorbability and the availability of safe sunscreens (those containing nonnanosized zinc oxide and titanium dioxide), it seems rather irrational to continue using oxybenzone-containing sunscreen to protect yourself against overexposure to the sun.

But the newest technology in sunscreen is not any less dangerous. As mentioned earlier, titanium dioxide and zinc oxide are sunscreen ingredients that are known to be safe. However, the safety does not extend to the nanosized versions. Most nanosized particles measure less than 100 nanometers.

Sunscreens made with nanoparticles usually contain titanium dioxide or zinc oxide. Many are also spray-on sunscreen products. Animal research has shown that inhaling nanoparticles allows them to reach areas of your lungs your body finds difficult to clear.

This may allow them to pass into your bloodstream. After entering your lungs or penetrating your skin, nanoparticles have the potential to cause widespread damage to your cells, organs, immune system, nervous system, heart and brain.45 Some scientists postulate that the toxic effect nanoparticles have in the body is related to their size, which may trigger your body’s immune response.46

It’s important to remember that you need a balanced approach to sensible sun exposure. Many of the sun avoidance recommendations make it sound as though all sun exposure is dangerous. However, as mentioned, too little sun exposure is also dangerous. Ideally, you want to expose large portions of your skin to the sun without sunscreen daily, while being careful to avoid getting burned.

You can use clothing to protect your skin if you’re outside for long periods and can reduce your risk of sunburn by eating plenty of antioxidant-rich fruits and vegetables and/or taking an astaxanthin supplement. Astaxanthin has been shown to be an effective internal sunscreen, protecting your skin from UVA radiation damage.50,51,52

When you want to use sunscreen, the key to remember is that there are only two primary safe sunscreen ingredients, zinc oxide and titanium dioxide. Additionally, they must not be nanosized. Your safest choice is a lotion or cream with zinc oxide as it is stable in the sun and provides the best protection from UVA rays. Your next best choice is titanium dioxide. Here are my top sensible sunning tips:

•Give your body a chance to produce vitamin D before you apply sunscreen. Expose large amounts of your skin (at least 40% of your body) to sunlight for short periods daily. Optimizing your vitamin D levels may reduce your risk of many internal cancers and reduces your risk of melanoma as well.

•Stay out just long enough for your skin to turn the very lightest shade of pink. Shield your face from the sun using a safe sunscreen or hat, as your facial skin is thin and more prone to sun damage, such as premature wrinkling.

•When you’ll be in the sun for longer periods, cover up with clothing, a hat or shade (either natural or shade you create using an umbrella). A safe sunscreen can be applied after you’ve optimized your skin’s daily vitamin D production, although clothing is your safest option to prevent burning and skin damage.

•Consider the use of an “internal sunscreen” like astaxanthin to gain additional sun protection. Typically, it takes several weeks of daily supplementation to saturate your body’s tissues enough to provide protection. Astaxanthin can also be applied topically, which is why it’s now being incorporated into a number of topical sunscreen products.

Consuming a healthy diet full of natural antioxidants is another highly useful strategy to help avoid sun damage. Fresh, raw, unprocessed foods deliver the nutrients that your body needs to maintain a healthy balance of omega-6 and animal-based DHA omega-3 oils in your skin, which are your first lines of defense against sunburn.

Vegetables also provide your body with an abundance of powerful antioxidants that will help you fight the free radicals caused by sun damage that can lead to burns and cancer.

Many Sunscreens Are Toxic and Only Half as Effective as Claimed
May 30, 2018

Ask a Question
Do you have low back pain, bulging discs, herniated discs or require VAX-D therapy. Ask Dr. Peter G. Peduzzi and Dr. Dennis M. Miskovich a question about your specific problem.