Insurance Industry Takes Aim at Vaping, May Deny Your Policy 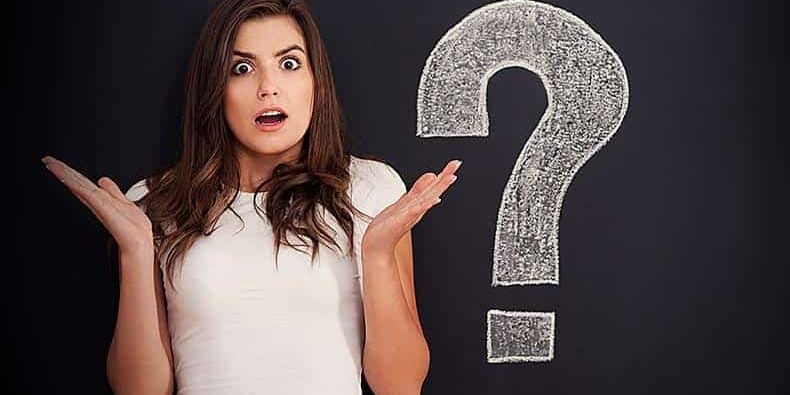 You likely have heard that vaping is safe, or at least safer than smoking traditional combustible cigarettes. This myth may be easily perpetuated by the lack of offensive odor associated with traditional cigarettes. Currently, e-cigarettes are the most popular nicotine products used in high school and middle school.

Statistics reveal that since 2011, teenagers have been smoking less but vaping more. In early 2019 reports of lung damage linked to vaping began reaching experts. By August there were 193 recognized cases. This rose to 2,291 who were hospitalized and 48 who died by early December.1 The latest numbers do not include those who became sick but were not hospitalized.

This is only one of several dangers now associated with vaping as researchers are identifying more toxins inhaled with each puff. Researchers have discovered that flavors in vape juice damage the cardiovascular system and deliver heavy metals. Additionally, the cartridges are testing positive for evidence of fungi. Exposure to fungi is associated with asthma and a reduction in lung function.

Other scientists have found that those who vape suffer from impaired activity of macrophages in the lungs, damaging vital immune cells. Regarding the most recent reports of lung damage, 80% said they vaped THC (the psychoactive ingredient in marijuana).2

Diversity among the products reported by patients makes it highly unlikely one brand was responsible for the outbreak. Instead, federal and state scientists have discovered Vitamin E oil is a likely suspect. Regarding e-cigarettes and vaping, the CDC said,3 “Vitamin E acetate has been identified as a chemical of concern among people with e-cigarette, or vaping, product use associated lung injury (EVALI).”

Insurance companies use underwriters to evaluate the anticipated risk of insuring an individual or item. Underwriters help determine whether the company will profit from providing insurance. They determine the risk, which is used to determine a premium.

Reinsurance is a form of insurance purchased by insurance companies to mitigate their own risk.4 With the rising numbers of deaths and injuries related to vaping, reinsurers are warning life insurance companies to place pressure on the underwriters to charge higher rates for specific groups who vape; these rates may be higher than those for smokers. Companies may even deny insurance altogether.

Currently, three major reinsurance companies are warning their clients about covering those who vape, while others are considering a new approach. Hannover Re has asked their clients to be cautious about insuring young adults under age 25 due to the large number of lung injuries.

Some Insurance Companies Consider Pulling Out

Other companies are questioning whether or not coverage should even be offered for this high risk group. The French reinsurer SCOR recommends their clients exclude people who vape products that U.S. authorities believe will trigger lung conditions. They name these products as those containing THC, while ignoring the more likely suspect of lung damage — vitamin E acetate.

Reuters contacted 13 life insurance companies in Europe, South Africa and the U.S.; 12 said premiums for those who vape are the same as those who smoke. To highlight the cost difference, Justin Harper, head of protection marketing of a British insurer, shared estimated premiums.

While lifestyle choices have always been associated with risk assessment for insurance companies, this current trend may start the industry down a slippery slope since it appears that choices may cause a company to begin to refuse coverage.

The former employee claims Juul would not recall the defective products and he was told to charge the supplier $7 million to recover the cost of the contaminated batches. Breja alleges he was fired in retaliation for criticizing the sale. The lawsuit did not reveal the type of contamination within the nicotine pods but, according to The New York Times,

“Mr. Breja detailed a culture of indifference to safety and quality-control issues among top executives at the company and quoted the then-chief executive Kevin Burns saying at a meeting in February: ‘Half our customers are drunk and vaping’ and wouldnʼt ‘notice the quality of our pods.'”

Juul denied firing Breja in retaliation for his comments and said they regarded the product safety charges as meritless. However, these allegations are increasing the spotlight on a company named in at least 50 lawsuits and under investigation by the FDA, Federal Trade Commission, five state attorneys general and several congressional committees.

The popularity of vaping has been attributed to slick marketing campaigns that appear to be aimed at those under 18 years. Unfortunately, young people are continuing to show up in emergency rooms with symptoms of EVALI; some require mechanical ventilation for weeks.

As the number of teens who become addicted to vaping increase precipitously, the risk of using highly addictive JuulSalts becomes more apparent. The company has positioned itself as a “genuine alternative to cigarettes” delivering a “nicotine hit that is much more like smoking a cigarette than other e-cigs.”

JuulSalts makes nicotine delivery less harsh to inhale and readily absorbed directly through the mucous membranes in your mouth. The nicotine is easier for the body to access and the cartridges contain up to twice the amount of nicotine as a pack of cigarettes. This combination increases the addictive nature of the product.

Researchers have found high school seniors who had never smoked traditional cigarettes and who vape are four times more likely to pick up a cigarette in the following year. In animal studies, early addiction to nicotine has been associated with increased risks for future addictive behaviors.

Researchers from the University of Pennsylvania found rats exposed to nicotine during adolescence grew up to drink more alcohol than those who were not exposed. It appeared to change the neurological circuitry in the brain within the reward center, which potentially explains how exposure at a younger age can increase the potential for addictive behavior later in life.

Unfortunately, teens have no place to turn for treatment options. Federal law prohibits the sale of devices to those under 18, yet many high school students report getting them from older students, purchasing them online or obtaining them from siblings.

The rapid rise in addicted youth appears to have taken many by surprise; to date there has been little discussion about how to treat nicotine addiction in young children. The harshness of inhaling cigarette smoke has sometimes discouraged teenagers from the habit but this deterrent does not exist with vaping.

The current medications on the market for nicotine withdrawal are not approved for use in children or young teens, which leaves them without a medical option to kick the habit. Until other options are available, it’s important that parents and teens recognize quitting a nicotine habit requires patience, discipline and a willingness to follow a treatment plan.

These strategies are not easily accepted by teenagers who are not fully cognitively developed, which may make addiction treatment more difficult for teens and their parents. Dr. Susanne Tanski, a tobacco prevention expert with the American Academy of Pediatrics, commented:5

“Teenagers have their own ideas of what might work for them, and they’re going to do what they do. But we desperately need studies to figure out what’s going to work with this population.

It’s frightening for me as a pediatrician because I really feel like there’s this uncontrolled experiment happening with our young people. They don’t perceive the harm, and we can’t show them what it’s going to be.”

This type of damage increases the vulnerability of lung cells to dust, bacteria and allergens, which increases the risk of chronic obstructive pulmonary disease. Dr. Deepa Camenga, who is board certified in pediatrics and addiction medicine, recommends you talk to your children early on about e-cigarettes:

“When you are out and about with your children and see an advertisement, for example, take the opportunity to talk about it. It’s also important to give teens and young adults the space to ask questions.”

Suchitra Krishnan-Sarin, Ph.D., is co-leader of the Yale Tobacco Center for Regulatory Science. She recommends parents do not purchase e-cigs under the misconception they may prevent their children from smoking traditional cigarettes, and says:

“I think the problem is that parents lose credibility if they say something to try and convince their child, who then finds out that it isn’t true. Parents should base their information on accurate facts and also encourage their children to read about and understand the science on this issue instead of relying on what their friends and peers tell them.