What Happens to Your Body When You Eat Gluten? 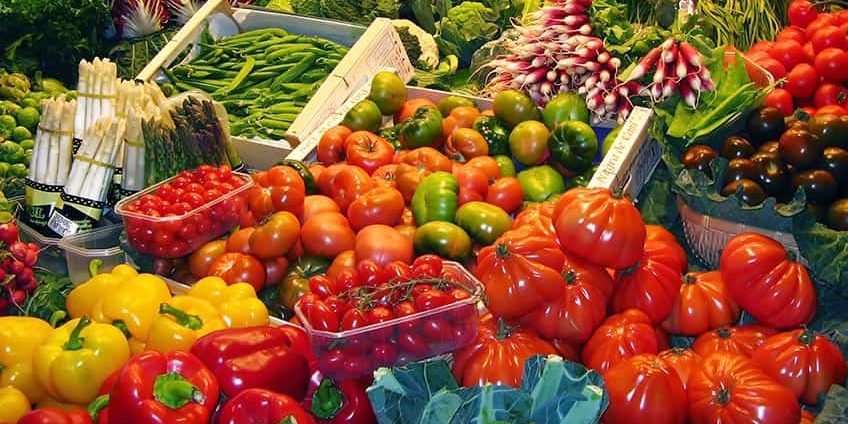 The word “gluten” has become such a buzzword in recent years, most likely because of the sudden popularity of the gluten-free diet that’s been endorsed by famous personalities. Before you consider trying this diet, read this page first to learn about gluten, and how it can negatively impact your body and health in the long run.

Gluten is a protein that’s made of glutenin and gliadin molecules that form an elastic bond in the presence of water. Adhesive properties found in gluten are responsible for holding bread and cakes together and giving them a spongier texture. This ability isn’t surprising, considering that the word “gluten” is derived from the Latin word for “glue.”

While it does wonders for these foods, the same cannot be said for your body. Research has shown that gluten can be quite harmful for you because of the vast range of complications it might cause (more on this to come in a while).

What Does Gluten Do to Your Body?

Gluten interferes with nutrient breakdown and absorption from foods, regardless if they have gluten or not. This leads to the formation of a glued-together constipating lump in the gut that can prevent proper digestion. Afterwards, the undigested gluten prompts the immune system to attack the villi, or the fingerlike projections lining your small intestine.1 Side effects such as diarrhea or constipation, nausea and abdominal pain then arise.

Gluten consumption can also predispose people to increased damage and inflammation to the small intestine, causing nutrient malabsorption, nutrient deficiencies, anemia, osteoporosis and other health problems. A damaged small intestine makes a person also susceptible to diseases that aren’t gastrointestinal in nature, such as neurological or psychological, and complications linked to the skin, liver, joints, nervous system and more.

What Are the Types of Food That Contain Gluten?

Gluten is predominantly found in whole grains like rye, barley, triticale and oats, and in wheat varieties like:2

High amounts of gluten are also found in these wheat-based flours and byproducts:3

If there’s another compelling reason why you shouldn’t eat processed foods, it’s because these items are often loaded with gluten. Here are examples of processed foods that have gluten (even though they’re not made from grains):4,5

Even worse, manufacturers deceive customers by hiding gluten under other names in food labels, such as:

Common Signs of a ‘Gluten Allergy’ You Should Watch Out For

Consuming too much gluten can prompt various complications, such as a gluten allergy. This happens when the immune system develops “weapons” that aim to attack gluten in your system.6 However, a gluten allergy is not to be confused with gluten sensitivity or celiac disease.7 It is quite similar to other food allergies, since these are all responses to a particular allergen. Some of the most well known gluten allergy symptoms are:8

Gluten allergy may trigger anaphylaxis or an anaphylactic shock that can affect different organs. Patients might experience agitation, hives, breathing problems, reduced blood pressure levels, fainting or even death, if the reaction is very severe.

Typical gluten intolerance symptoms include bloating, belly pain, diarrhea, tiredness and a general feeling of being unwell. Someone with a gluten intolerance might also experience these indicators, although these are less frequent and already affect areas beyond the gut:12

If you or someone you know experiences any of these symptoms, seek medical attention immediately. This will help you determine whether you have gluten intolerance or if the symptoms occur because of other health reasons. This applies to severe belly pain, too. Extreme stomachache is not actually considered a symptom of gluten intolerance, so it might be a sign of another potentially devastating disease that will require immediate treatment.

In certain situations, gut symptoms can be vague, since numerous conditions that target the gut can overlap with other diseases, although these can certainly be examined during a check-up. Take note that symptoms of gluten intolerance are generally similar to those of celiac disease, although people with these conditions do not have the same reactions as each other.

To diagnose a gluten intolerance, it’s important that you continue eating your normal diet, especially if it’s abundant in foods with gluten. An inaccurate diagnosis might occur if the patient decides to stop eating gluten-loaded foods prior to consultation.

Typical symptoms of a gluten sensitivity include nausea, skin irritation, bloating and gas, brain fog and fatigue. However, these indicators can widely vary and may also overlap with gynecologic conditions, lactose intolerance and irritable bowel syndrome.14

Because there is no specific laboratory test for gluten sensitivity, your physician will have to make a clear connection between your symptoms and gluten consumption patterns to fully diagnose NCGS. One way to do this is by starting a food and symptom journal that’ll help determine that gluten is indeed causing your health problems.15

If the cause is established and the tests come back normal for a wheat allergy and celiac disease, your doctor may give you the go signal to begin a gluten-free diet.

Why a Gluten-Free Diet Works

A gluten-free diet is an important recourse of for combatting gluten-related disorders. In 2013, the Food and Drug Administration (FDA) released guidelines about proper gluten-free labeling standards. For a food product to bear the gluten-free label, it must be:

Extreme vigilance is only likely if you have celiac disease, since exposure to gluten can cause sickness and threaten your health in the long run. What’s great about a gluten-free diet is that nearly everyone can benefit from it, whether you have a gluten intolerance or not. Grains, even whole sprouted varieties, tend to cause many problems because of the following factors:

Furthermore, because grains have high net carbs, removing these from your diet can potentially improve mitochondrial function. Taking care of your mitochondrial health is important if you want to reduce your risk for problems linked to insulin resistance, such as being overweight, high blood pressure levels, type 2 diabetes and even diseases like heart diseases and cancer.

Prior to beginning a gluten-free diet, consult a dietitian or health expert who can give advice on how to effectively avoid foods with gluten while eating a healthy and balanced diet.16

Best Foods to Eat If Following a Gluten-Free Diet

Once you’re given the go-signal to try a gluten-free diet, stock up on these natural and unprocessed foods:17,18

If you think going on a gluten-free diet limits eating choices and preparations, you’d be surprised to know that it won’t. Type “gluten-free recipes” on a search engine and you’ll see a wide variety of gluten-free recipes ranging from savory to sweet. A good and delicious example is this Coconut Flour Almond Meal Pancakes Recipe from MindBodyGreen:20

This recipe makes about 16 small pancakes.

Gluten Free & More magazine highlights these important tips for people who are following a gluten-free diet:21