Essential Exercises for IT Band-Related Pain 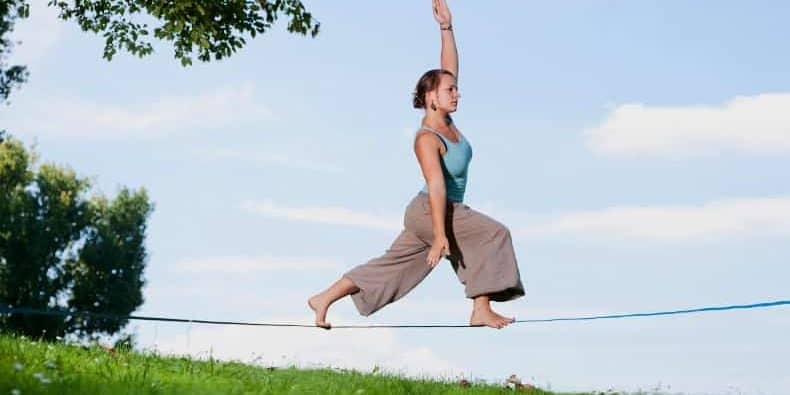 If someone asked random passersby to explain what an “IT band” is, most wouldn’t know. While some may guess the IT (short for iliotibial band) is a muscle, they’d be close. It’s actually connective or fascia tissue running along the outside length of your legs, from hip to shin. Painful IT Band Syndrome (sometimes called ITBS) occurs when the fascia becomes inflamed, which can cause pain and swelling on the upper outside portion of your knee.

It’s an injury runners sometimes experience, but it can be exacerbated when people mistakenly think they should strengthen or at least stretch it. As it turns out, you should do neither, as the IT band, like internal webbing surrounding your muscle, is already very tough; it’s not flexible like muscles, but you can stretch the muscles around it.

Weekend workout warriors may experience such an injury because they tend to store their energy to expend in a few days rather than working out consistently throughout the week. This condition can be prevented by spreading workout sessions to at least every couple of days, rather than getting no exercise for six solid days, then heading out the door wearing a sweatband. Prevention Magazine explains:

“If you go ramp up your exercise routine too quickly — say, going from not running at all to logging 5+ miles a day or cramming all your exercise into the weekends —there’s a greater chance you’ll end up in pain. It’s important to ease into your routine.”1

Make Sure Your Pain Is Actually ITBS and Not Something Else

Some medical professionals see hip or thigh pain and diagnose it as ITBS, but Pain Science2 maintains “there’s no such thing as non-knee ITBS. It only occurs on the side of the knee.” More specifically, ITBS occurs:

The reason this injury is so definitive is because the anatomy surrounding the pain involves those specific tissues; pain anywhere else on the leg is something else, and so is a pain location that’s hard to pin down. To get down to the nitty-gritty, science writer and former massage therapist Paul Ingraham says:

“Pain that includes the side of the knee but has no clear epicentre there is definitely something else. Pain on any other part of the leg or hip is definitely something else — even if it’s related to the iliotibial band, it’s still not ‘IT band syndrome.’ For an ITBS diagnosis, you must have a clear hot spot mainly on the outer surface of the knee!

Muscle knots can be myofascial trigger points and the cause of hip and thigh pain that most often begins in the muscle, especially in young people, but often thought to be arthritis. The problem with that diagnosis is that even people with X-rays indicating they have arthritis may not be experiencing pain, while most people with hip pain don’t have arthritis.3

Hip pain, another study points out, is most likely pain caused by trigger points or muscle knots. Muscle pain emanating in the upper hip that causes a deep, unrelenting ache can typically be soothed by heat and massage, but often spreads toward the thigh, back or buttocks. It may be that the tension on your IT band is part of the problem along with other complications.

Knee pain that is “almost” lateral, or on the side of your knee, is also probably not ITBS, Pain Science emphasizes, as it has to be in this location for a true ITBS diagnosis.

Because there are so many types of knee pain, occurring in several locations, one explanation may be patellofemoral pain syndrome (PFPS), a “bucket” diagnosis that covers lots of possibilities, but always occurs on the front of the knee. The difference between ITBS and PFPS, again, is that one is in front and the other on the side and slightly above the level of your kneecap.4

If you experience what you think might be IT band syndrome, the first thing to do is to back off high-impact exercise or activities such as running, cycling or swimming to see if that will help, and if it does, take it as a lesson to start your workouts gradually. What you don’t want to do is ignore it, which might be just as bad as working it like another muscle group. What you do want to do is see a doctor to find out if your IT band is indeed too tight, and talk about options for treatment.

Healing Exercises for IT Band Syndrome

Several healing exercises, explained below, can help strengthen the muscles around your painful fascia, as well as loosen them, which can alleviate some of the stress off the tissue.

1.Step-Downs work because, while your butt muscles (glutes) should be strong enough to keep your hips level as you run, sometimes they’re not. The IT band takes on the pressure, which can cause inflammation, pain and tightness. Use a 2-inch platform (like a book), but no higher, as it may not work your side glutes, and further, force stronger central muscles to do the work.

Step one foot onto the platform and tap the other foot down gently. Then bring it up to meet the other foot on the platform, keeping most of your weight on the supporting leg. Do 15 repetitions on one side, tapping down for about two seconds, and tap up for another two seconds. Repeat on the other leg, then start again on the first leg for a total of three sets of 15 on each side.

2.Single Leg Balances (Option A) work because they strengthen all your gluteal muscles, as well as your quadriceps, which helps level out your hips to prevent overworking your IT band.

Standing on one foot, lift your other leg and extend it in front of you, foot flexed. Keep your hips aligned as much as possible and hold 90 seconds. Repeat on your other leg. As an alternative exercise, you can use Option B, below, once you’ve mastered the stationary balance.

3.Single Leg Squats (Option B) work because they, too, use all your butt muscles and help keep your hips level, which give you better running form and place less stress on your IT band.

Find a bench, box or other sitting surface 18 to 24 inches tall. Stand in front of it, facing away. Swing one leg forward about 18 inches, keeping it straight, then slowly squat without actually sitting down, keeping your weight on the other leg. Keep your extended leg up and your foot flexed for three seconds. Take another three seconds to rise back up. Perform 15 reps total on each leg.

4.Lateral Quad Roll works because, while your IT band isn’t very pliable, the muscles and other tissues surrounding it are. It’s your vastus lateralis, or the side of your quad that needs to be deeply massaged and loosened.

Ideally using a bumpy foam roller, designed to “dig in” to trigger points of your muscles, lie on your side with your arms extended off to the side and the roller just below the hip bone of your bottom leg. You can anchor your top foot either near the other, or bend your top knee and place your foot on the floor to anchor your position.

Pick your bottom foot off the mat so you can roll smoothly, using your arms for support as you slowly roll the foam roller down the length of your thigh until you reach just above the side of your knee, which should take about 30 seconds, then reverse and roll back up, taking another 30 seconds.

At first it may be tender and uncomfortable (if it’s actual pain, discontinue). If you hit a sensitive spot, breathe deeply until the tenderness dissipates. Perform three reps. For a helpful demonstration, please see the featured video.

Sciatica pain is a common nerve problem, usually triggered by an injury or strain, and feels either like an odd numbness or tingling, or debilitating agony as the sciatica nerve is compressed. Exercise is important to help restore your range of motion, improve muscle strength and help control inflammation, especially if you want to help prevent the agony part. Regularly strengthening your glutes and hips with lunges, squats and other moves are effective, and worth it.

In tennis players, such discomfort typically involves the piriformis muscle, the largest of six hip muscles that allow your leg to pivot while your foot is on the ground, which explains how easily tennis players can aggravate this condition, Luckily, Active.com assures that the problem, which could be called “twisted sacrum” or “short leg syndrome” is easy to correct.

The best way to prevent sciatica pain is to stretch your piriformis to its original length with an exercise called the piriformis myofascial release, which involves the pigeon static stretch and external hip stretch, explained below. Additionally:

“Prolonged inactivity or sitting puts the piriformis muscle in trouble. If you sit at work or school most of your day and then start sprinting around the tennis courts, you may be creating future problems. An overused, shortened and sometimes even inflamed piriformis muscle contains painful trigger points that further inhibit proper function of the muscle.”5

Use a firm, 6-inch foam ball, a lacrosse ball or softball (rollers don’t work as well), and follow these directions:

Targeting additional trigger points in the same way will eventually eliminate them. Surprisingly, this exercise, done regularly, is touted to make the routine less painful over time and, better yet, your sciatica pain is said to go away almost immediately.

Studies Show How Your Iliotibial Band Makes You Human

Harvard University was the site of an interesting pair of studies in 2015, conducted by Carolyn Eng, who examined five human cadavers to determine how the IT band (ITB) moves when going through the range of motion needed to run or walk. The studies were published in the Journal of Biomechanics.6

Eng and her colleagues then built a computer model to show how it works in humans, then in a separate study, built another model of the tensor fascia lata, the same structure in chimpanzees, published in the Journal of Experimental Biology.7 Runner’s World8 described the findings succinctly:

According to the study authors: “This study evaluated the capacity of the ITB to store and release elastic energy during running, at speeds ranging from 2 [to] 5 m/s (meters per second), using a model that characterizes the three-dimensional musculoskeletal geometry of the human lower limb and the force-length properties of the ITB, tensor fascia lata (TFL) and gluteus maximus (GMax).9

Analyzing the architecture of the muscle as well as the fascia, the way the joints moved and how they were literally impacted under strain, they discovered that the force generated by muscle-tendon units in both the chimpanzee’s tensor fascia lata and human gluteus maximus when running stretched the IT band “substantially,” resulting in energy storage. Eng explained:

“We found that the human IT band has the capacity to store 15 to 20 times more elastic energy per body mass than its much-less-developed precursor structure in a chimp. We looked at the IT band’s capacity to store energy during running, and we found its energy-storage capacity is substantially greater during running than walking, and that’s partly because running is a much springier gait.”10

Study co-author Allison Arnold-Rife said they next plan to use both computer models to see how much force the actual IT band has by testing the models with and without it. She concluded, “These studies could help us establish a scientific basis for treating athletes with IT band injury.”