You are here:
Neck PainWhiplash 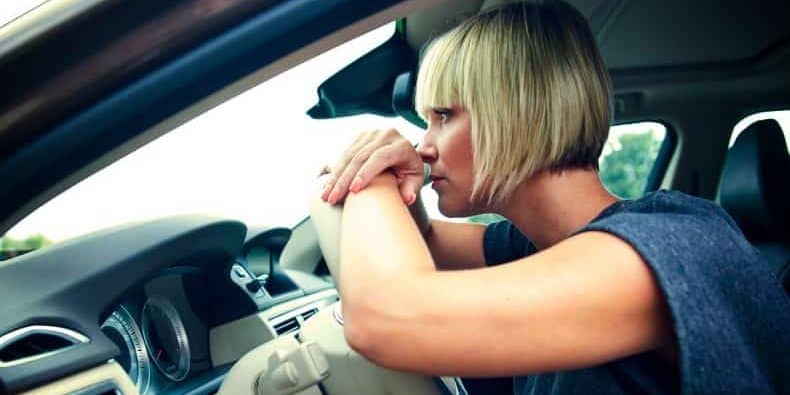 Whiplash injuries commonly result from motor vehicle collisions (MVC) and are caused by a sudden jolt that initiates a startle response that has been found to tighten the muscles deep inside the neck, which has been reported to increase the risk of injury to the joints and structures of the cervical spine. The amount of physical injury to the person is highly variable depending on many factors that include, but are not limited to, the size of the involved vehicles, speed at impact, amount of energy absorbed by crushing metal (especially the lack thereof), a slender female neck vs. shorter muscular male neck, the stiffness and angle of the seat back, the direction of the impact, head position (rotation is worse vs. straight), headrest position, and more. A cervical sprain/strain is commonly diagnosed in MVCs and these tend to resolve with chiropractic care, often without complications. However, this is not always the case. What factors are involved that result in one case improving and/or resolving but not another, especially when everything seems identical (or at least similar)?  What does post-traumatic stress disorder (PTSD) have to do with MVCs? Is this a factor triggering a prolonged recover? Is PTSD commonly associated with whiplash injuries?

In a group of 112 PTSD whiplash patients, researchers examined the role of pain as well as pain-related psychological variables. Participants completed various questionnaires at three different time points after admission into a standardized multidisciplinary rehabilitation program. The findings revealed consistency with other studies showing injury severity indicators including high pain levels, reduced function / disability, and more severe scores on pain-related psychological variables in those suffering from PTSD following a whiplash injury. However, contrary to expectations, pain severity did NOT contribute to the persistence of PTSD. Rather, the most significant variables were self-reported disability, catastrophizing, and perceived injustice. These results suggest that early intervention that focuses on pain management and disability following whiplash might reduce the severity of PTSD but not the persistence of it. Rather, interventions that focus on resolving perceptions of injustice appear to be most important for helping patients recover from PTSD.

Similarly, another study looked at the factors that result in the best treatment outcome for patients involved in motor vehicle collisions (MVCs) with the subsequent onset of PTSD. Here, researchers carried out a review of prior studies to identify the risk factors associated with a prolonged recovery and a treatment strategy proposed to resolve the PTSD. They reported that at least 25% of study participants who sustained a physical injury developed PTSD and that the prevalence is most likely even higher in those who developed chronic whiplash.

Looking at what factors of PTSD are the most accurate predictors of duration and severity of PTSD, another study investigated the relationship between PTSD symptoms of avoidance, re-experience, and hyperarousal and their role in interfering with the resolution, the severity and duration of neck complaints following MVCs. Questionnaires were sent to 240 MVC injured patients that had initiated compensation claims with a Dutch insurance company and were evaluated three times – initially, at six months, and again at twelve months. They found that the hyperarousal symptoms of PTSD initially had predictive validity for persistence and severity of post-whiplash syndrome at six and twelve months. They concluded that the hyperarousal symptoms of PTSDhad the greatest detrimental effect on the severity and recovery of PTSD and focusing treatment at that was most important.

We realize you have a choice in whom you consider for your health care provision and we sincerely appreciate your trust in choosing our service for those needs.  If you, a friend, or family member requires care for Whiplash, we would be honored to render our services.