This Protein Could Signal Early Death 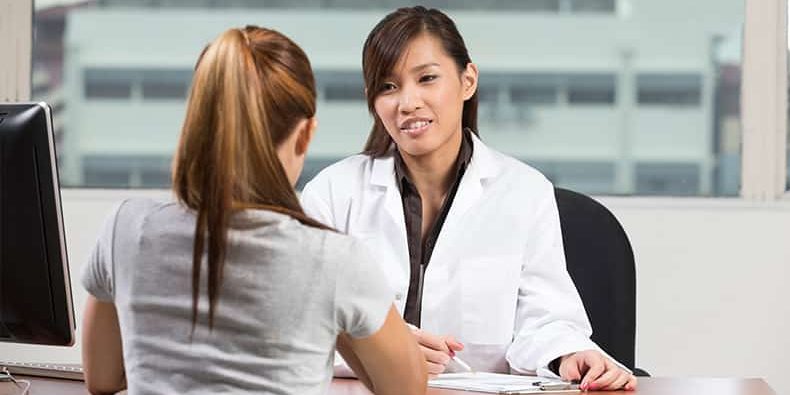 Statistics from the American Heart Disease 2019 update shows cardiovascular disease (CVD) is still the leading cause of death, although the rate decreased by 18.6% from 2006 to 2016.1 Despite this reduction, 1.05 million people were expected to have a coronary event in 2019, including 720,000 first time and 335,000 recurrent events.

Nearly every 40 seconds someone has a heart attack or a stroke. In 2014-2015 the annual financial burden for CVD was estimated at $351.2 billion. In the survey, the data showed awareness of the symptoms of a heart attack was low.2

This has a negative impact on early diagnosis and treatment of a heart attack, which is linked to a higher potential for survival and return to normal activities when more of the heart muscle can be saved.

According to the Centers for Disease Control and Prevention,3 nearly 47% of sudden cardiac death happens outside of a hospital, which suggests people may be unaware they have heart disease, or they don’t act on early warning signs of a heart attack.

Those at greater risk of a cardiac event include people who have other medical conditions such as diabetes or practice specific lifestyle choices, such as eating a poor diet, excessive alcohol use, smoking or lack of physical activity.

Once your heart has begun to be damaged by a heart attack, the heart muscle releases a protein, troponin, which is responsible for helping to regulate contractions in skeletal and heart muscle.4 Emergency room physicians test for blood levels of this protein, along with other clinical tests, to evaluate the likelihood a patient is having a heart attack.

The level of the protein and other test results help clinicians make choices about immediate treatment. A new analysis from the National Institute for Health Research Health Informatics Collaborative led by researchers from London looked at data from 250,000 patients who had troponin tests completed.

The information was grouped by age and then compared against the test results and the patient’s health outcomes in the following three years. The researchers were interested in comparing the differences in troponin levels across age ranges, specifically in the senior population, as well as investigating the significance of the different levels of the protein.

The new data showed even a slight raise in the level of protein was associated with an increased risk of early death in all age groups. They also found the higher the level, the higher the risk of death in those who had suffered a heart attack.

However, patients who had the highest levels had a lower risk of dying, which the researchers theorized was due to the likelihood the patient had an event requiring surgery that may have reduced the risk of death. The data also showed patients from 18 to 29 years with raised levels had a tenfold higher potential risk of dying than those in the same age range without raised levels of troponin.

When the patients were over 80 years with raised levels, 46% died within three years.5 The lead scientist of the study commented in a press release:6

“There have been many advances in treating heart disease yet it remains the leading cause of death in the UK and around the world. This is the first study to address the implications of raised troponin in a real world large sample of patients across a wide range of ages.

Doctors will be able to use this information to help identify the risk of early death in patients who have a troponin level measured; this could lead to interventions at a much earlier stage in a wider group of patients than are currently treated.”

The results also revealed, even if the patient had not been diagnosed with a heart attack, those who had higher levels of troponin had an increased risk of death.7 When you are healthy, levels of troponin are low enough they are usually undetectable. The levels begin rising three to four hours after heart damage and may stay elevated for 14 days.

However, troponin protein may be released into your bloodstream following more than a heart attack.8 Physicians from the Cleveland Clinic discuss several other health conditions during which your body releases troponin, which may signal an increased risk of death without early treatment.

•Sepsis — This is a life-threatening condition triggered by a systemic infection that ultimately affects the function of your vital organs. Sepsis is sometimes referred to as blood poisoning and it is conservatively estimated to be responsible for 270,000 deaths each year.

Troponin elevations may be the result of a combination of renal dysfunction, massive inflammatory response and increasing levels of catecholamine damage to the heart.

•Stroke — An acute ischemic stroke may raise troponin levels by triggering a variety of cardiovascular responses increasing stress on the heart. Troponin levels may also rise through neurogenic heart damage and alterations to the autonomic nervous system control.

This results in a catecholamine surge and damage to the myocardium. Scientists theorize this may explain the presence of rising levels in an ischemic stroke in the absence of coronary artery disease.

•Pulmonary disease — A strain on the right side of the heart from pulmonary disease may mark right ventricular dysfunction or indicate severe disease and poor outcomes in those who have high pulmonary arterial pressure.

An acute exacerbation of chronic obstructive pulmonary disease has been linked to an increase in all-cause mortality with elevations of serum troponin.

•Chronic kidney disease — Troponin is cleared by the kidney, which may be one explanation for elevated levels in those with chronic kidney disease. Elevations may also be the result of elevation in proinflammatory cytokines and associated high blood pressure.

•Chemotherapy — Chemotherapy can induce cardiac toxicity through the production of oxygen free radicals and by disturbing mitochondrial metabolism. When left ventricular deterioration is associated with chemotherapy it is often irreversible. By monitoring troponin levels problems may be identified before cardiac symptoms are clinically evident.

Can You Have a Heart Attack and Not Know It?

During a cardiac arrest, the electrical system is affected by conditions such as heart failure, arrhythmias or ventricular fibrillation, usually resulting in a loss of consciousness and heartbeat. In some instances, just before cardiac arrest, you may notice abnormal gasping or there may be seizure activity at the beginning of the event.

Not all heart attacks begin with crushing chest pain as is depicted on television or in the movies. Women are less likely to report chest pain during a heart attack and more likely to perceive the symptoms as stress or anxiety. Women use terms such as “pressure,” “tightness” or “discomfort” rather than chest pain.

While 30% of women will seek medical care compared to 22% of men, physicians tend to misdiagnose or dismiss the symptoms of a heart attack in women rather than men. Other symptoms that may indicate a heart attack is in progress include:

Research published in the American Journal of Cardiology found women who addressed six lifestyle factors had the greatest impact on their heart health. In the study, nurses were followed for 20 years, starting around age 37.

Those who adhered to all six guidelines lowered their risk of heart disease by 92%. Researchers on the team estimated more than 70% of heart attacks could be prevented by implementing:

While none of these factors should come as a surprise, they collectively have an impressive impact on your cardiac risk. With respect to BMI, note that your waist-to-hip ratio is a more reliable predictor of risk than BMI, as it reflects the amount of visceral fat you carry. Another factor that can increase inflammation, activate your sympathetic nervous system and trigger a heart attack is stress.

Additionally, sitting for long periods of time raises your risk of a heart attack. This means intermittent movement and spending time at the gym or exercising at home are important factors to lowering your risk of CVD.

Some of the uncommon symptoms may lead you to believe you are not having a heart attack. Even if you’re not sure, it is vital that you call for immediate emergency assistance as time is a significant factor in improving your potential for survival.

An ambulance is the best and safest way to reach the hospital because emergency personnel can use treatments enroute before reaching the emergency room. Emergency medical personnel would rather treat you for a non-life-threatening condition then have you die because you are unwilling to go for treatment.

Talk with your health care provider about your risks and keep important information with you in case of an emergency. For instance, write down all your medications and supplements you’re taking and have the card laminated, keeping it in your wallet or purse.