Are You Ready for the Darkest Day of the Year? 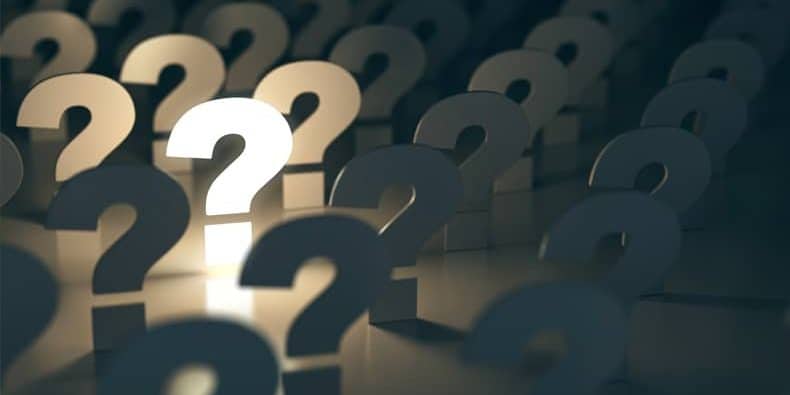 Wintertime is commonly a time when darker moods tend to creep in; a phenomenon linked to a decline in sunlight. Seasonal affective disorder (SAD) affects an estimated 6 percent of the U.S. population, while a milder form, known as the “winter blues,” affects about 14 percent.1 As noted in the Evening Standard:2

“According to the DSM [diagnostic and statistical manual of mental disorders], people who have SAD are excessively fatigued, lose interest in their hobbies, tend to crave more starches and sweets, may gain seasonal weight, and have difficulty concentrating during darker months.”

That said, longer, darker days tend to influence the behavior of most people, even if you don’t feel outright depressed and depleted. This is because your health and mood are actually intricately tied to exposure to sunlight, even irrespective of vitamin D. For example, your serotonin levels (a hormone associated with mood elevation) rise when you’re exposed to bright light.

Your melatonin level also inversely rises and falls with light and darkness. When it’s dark, your melatonin levels increase, which is why you may feel tired when the sun starts to set (and in the heart of winter, this may be at as early as 4 p.m.). Full-spectrum light therapy, which mimics the natural light from the sun, has been shown to be effective remedy for SAD, and may even be preferable for major depression.

Have You Checked Your Vitamin D Level Yet?

My recommendation is to get your vitamin D level tested twice a year, when your level is likely to be at its lowest (midwinter) and highest (midsummer). This is particularly important if you’re pregnant or planning a pregnancy, or if you have cancer. That means right about now is a good time to get your level checked, to identify your low-point. Based on the research done and data collected by GrassrootsHealth, 40 ng/mL is the cutoff point for sufficiency to prevent a wide range of diseases, including cancer.

For optimal health and disease prevention, a level between 60 and 80 ng/mL appears to be ideal.3 The American Medical Association claims 20 ng/mL is sufficient, but research suggests 20 ng/mL is not even adequate for the prevention of osteomalacia. As for dosage, you need to take whatever dosage required to get you into the optimal range, with 40 ng/mL being the low-end cutoff for sufficiency.

Research4 suggests it would require 9,600 IUs of vitamin D per day to get a majority (97.5 percent) of the population to reach 40 ng/mL, but individual requirements can vary widely. If you’ve been taking a certain amount of vitamin D3 for a number of months and retesting reveals you’re still not within the recommended range, then you know you need to increase your dosage.

Over time, with continued testing, you’ll find your individual sweet spot and have a good idea of how much you need to take to maintain a year-round level of 40 to 60 ng/mL. GrassrootsHealth offers vitamin D testing at a great value through its D*Action study, and has an online vitamin D calculator you can use to estimate your vitamin D3 dosage once you know your current serum level.

A long list of studies has confirmed the correlation between vitamin D status and cancer risk. Here are but a few examples:

The Health and Medicine Division of the National Academies of Sciences, Engineering and Medicine (formerly IOM) has also reported an association between vitamin D and overall mortality risk from all causes, including cancer.17,18 Additional studies can be found on GrassrootHealth’s vitamin D*Action breast cancer page,19 where you can also enroll in the D*Action Breast Cancer Prevention project, which now includes both vitamin D and omega-3 testing.

GrassrootsHealth D*Action + Omega-3 Project is the largest project in the world that allows scientific researchers to study the links between these nutrients. Participating in the project is an inexpensive way to take control of your health while simultaneously helping to advance nutritional science. To learn more about this project, see their FAQ page.

Considering vitamin D is required for healthy genetic expression, and vitamin D receptors are found throughout your body, cancer is not the only disease risk that can be directly impacted by your vitamin D status. For example, an analysis20 by GrassrootsHealth reveals people with a median vitamin D level of 41 ng/mL have a diabetes rate of 3.7 per 1,000. Contrast that to those with a median serum level of just 22 ng/mL, among whom the diabetes rate was 9.3 per 1,000.

In other words, vitamin D sufficiency may lower your risk of Type 2 diabetes by as much as 60 percent, even after taking confounding factors such as age, gender, race and bodyweight into account. Abdominal obesity in combination with low vitamin D may also “synergistically influence” your risk of insulin resistance.21 According to this study, 47 percent of the increased odds of insulin resistance can be explained by the interaction between insufficient vitamin D levels and a high body mass index.

The Importance of Vitamin D During Pregnancy

Maintaining vitamin D sufficiency is particularly important during pregnancy, since it’s not just your own health that is at stake but that of your child as well.22 Protect Our Children NOW! is a GrassrootsHealth campaign launched in 2015 to combat vitamin D deficiency among pregnant women worldwide.

Research conducted through this project reveals up to 59 percent of preterm births — which are responsible for 28 percent of newborn deaths during the first month of life — could be prevented simply by raising pregnant women’s vitamin D to a level of 40 ng/mL.

Protect our Children NOW! is a cost-effective, reproducible program that protects children by ensuring pregnant mothers are vitamin D sufficient, and could go a long way toward improving these abysmal statistics. Among non-Caucasian women (among whom vitamin D deficiency is more common and prominent) the reduction in risk was even greater. In this group, the preterm rate prior to the start of the study was 18 percent. Those who achieved a vitamin D level of 40 ng/mL by their second test had a 78 percent lower preterm birth rate — reducing the preterm birth rate to just 4 percent!

Aside from halving the risk for preterm birth, vitamin D optimization also protects the mother by reducing her risk of preeclampsia, gestational diabetes and prenatal infections by approximately 50 percent.30 If you are currently 12 to 17 weeks pregnant, you can join the join the GrassrootsHealth pregnancy study for free and test your vitamin D level from the comfort of your own home. If you are planning a pregnancy, or are more than 17 weeks pregnant, you can take control of your and your child’s health by using the D*Action test kit. It’s one of the most cost-effective ways to monitor your vitamin D status.

Other Health Benefits of Vitamin D

Aside from what we’ve already mentioned — depression, pregnancy complications and premature birth, Type 2 diabetes and a variety of cancers, including breast cancer — research shows higher vitamin D levels can help prevent and/or treat:

The Interplay of Vitamin D, Calcium, Magnesium and Vitamin K2

The best way to optimize your vitamin D level is through sensible sun exposure. However, during the winter that can be difficult to achieve if you live in northern regions, in which case taking a vitamin D3 supplement is recommended. Just keep in mind that if you take high-dose vitamin D, you may also need to increase your intake of calcium, magnesium and vitamin K2 as well, as these four nutrients work in tandem and rely on sufficient amounts of each to work optimally.

Lack of balance between these four nutrients is why calcium supplements have become associated with increased risk of heart attack and stroke, and why some experience symptoms of vitamin D toxicity. Importantly, excessive vitamin D in combination with lack of vitamin K2 may cause overabsorption of calcium, which in turn may result in calcium deposits in your heart and kidneys.

Part of the explanation for these adverse side effects is that vitamin K2 keeps calcium in its appropriate place — in your teeth and bones and out of soft tissues and arteries. While the optimal ratios between vitamin D and vitamin K2 have yet to be established, Dr. Kate Rheaume-Bleue (whom I’ve interviewed on this topic) suggests taking somewhere between 100 to 200 micrograms (mcg) of K2 for every 1,000 IUs of vitamin D you take.

Maintaining an appropriate calcium-to-magnesium ratio is also important, as magnesium helps keep calcium in your cells so they can function better. Historically, mankind ate a diet with a calcium-magnesium ratio of 1-to-1,51 which is likely closer to ideal.

Magnesium and vitamin K2 also complement each other, as magnesium helps lower blood pressure, which is an important component of heart disease. So, all in all, anytime you’re taking any of the following: magnesium, calcium, vitamin D3 or vitamin K2, remember to take all the others into consideration as well.