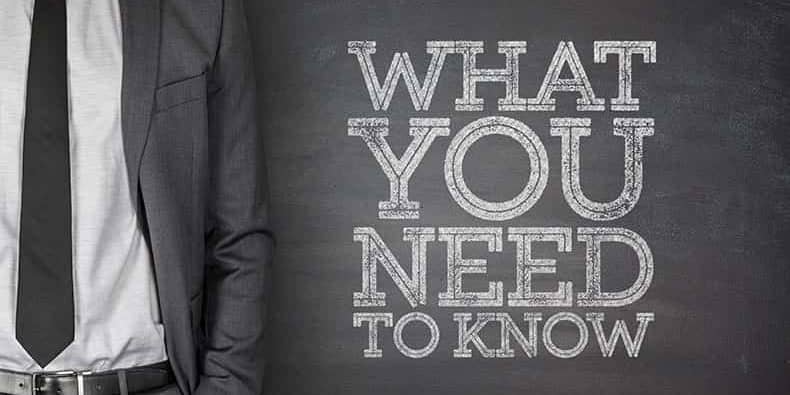 The Marlboro brand owns nearly 40 percent of the cigarette market share.1 Marlboro is owned by Philip Morris, which in turn is owned by Altria. Altria also owns U.S. Smokeless Tobacco, makers of Copenhagen and Skoal chewing tobacco. In December 2018, Altria announced a $12.8 billion investment in Juul Laboratories, in exchange for 35 percent ownership in the company.

The acquisition also promised Juul services to accelerate the mission of the e-cigarette (e-cigs) company.2 With a declared mission to change “the lives of the world’s 1 billion adult smokers by eliminating cigarettes” and develop Juul to be “a satisfying alternative to cigarettes,”3 it may come as no surprise the company has garnered the vast majority of the e-cigarette market.4

Unfortunately, this is being achieved on the backs of children, the tobacco industry’s prime target market. If you have an addictive product, the best markets are those who will purchase it longer — or those with the longest life expectancy.

In other words, it costs more to acquire a customer who is 65 and may smoke for 15 years, as opposed to a 15-year old-who may smoke for 40 years before succumbing to an early death.

The rising number of children using e-cig vaping devices, especially the USB-shaped Juul products filled with fruit and candy flavored nicotine liquid, has been the focus of Scott Gottlieb since becoming the U.S. Food and Drug Administration (FDA) Commissioner in 2017.5 As he prepares to resign, Gottlieb expressed anger at how the industry has continued its long career of lying.

At a recent meeting at the Brookings Institution,6 Gottlieb described how Altria, one of the world’s largest producers of tobacco products, including brands like Philip Morris, U.S. Smokeless Tobacco and John Middleton, went back on their promise to withdraw pod-based products from the market.

In a 15-page response to the Commissioner’s7 plan to address the vaping epidemic, Altria promised to hold pod-based sales for FDA approval. They withdrew some of their products but then acquired Juul months later in a $12.8 billion investment. Gottlieb commented at Brookings, saying:8

“It was a difficult meeting … It concerned me that a company that affirmed what we believe, which is that the pod-based flavored products are driving youth use, went so far as to take the product off the market and publicly make that statement … then made a substantial investment that also guaranteed that they’re going to expand the market share of the leading pod-based flavored products that’d been used by children.

Data from the Centers for Disease Control and Prevention’s (CDC) National Youth Tobacco Survey9show there are 3.6 million middle and high school students who currently vape, over 1.5 million more than last year.10 The meteoric rise of vaping has overshadowed tobacco use in teenagers, escalating by 900 percent from 2011 to 2015.11

In the age group of 18- to 20-year-olds, 40 percent had not been smokers before using a vaping device. Morgan Stanley analyst Pamela Kaufman told investors,12 “Juul’s success underscores the potential for disruptive technology to undermine U.S. tobacco’s reliable business algorithm.” With the rising number of youth using Juul devices and then transitioning to traditional cigarettes, Gottlieb warns:13

“You’re going to be at overall tobacco use among children in this country, of 40, 45 percent … That is simply intolerable. I went back and looked at data back to 1950, and we haven’t seen that level of tobacco use among kids. And e-cigarettes are a tobacco product.”

Tobacco Industry’s History of Lies and Deceit Documented in Court

Beginning with what Bloomberg14 characterized as a “cautious approach,” the FDA attempted to ease regulations on the e-cigarette industry in 2017 to “encourage development of more products that could help adults quit smoking.”

However, this move didn’t do enough to prevent children from purchasing e-cig products like Juul, who reportedly owns over 75 percent of the market.15 Sidestepping the issue of selling flavored nicotine pods to teenagers is just the last in a long series of lies the tobacco industry has been telling for decades.

In 1999, the U.S. Government16 sued several large tobacco companies, including Philip Morris, now owned by Altria. For many years the tobacco industry understood the dangers to a person’s health and yet continued to sell the public on the idea that smoking was safe.

In the same lawsuit, it was claimed cigarette advertising to children younger than 21 was aimed at getting a new generation addicted to nicotine,17 to ensure new customers would replace those who died.18 In 2006, a judge found the tobacco company violated civil racketeering laws and ordered them to tell the truth in paid advertising.19

The industry delayed the court order for over 11 years and now has been forced to publish corrective statements that should appear in 50 newspapers and on major broadcast networks.20

A large challenge is most teens do not see ads in newspapers or television any longer as they consume most of their news and entertainment online. According to U.S. District Judge Gladys Kessler, examples of how the industry misled the public include:21

In the words of Truth Initiative, the court ruled the companies22 “systematically defrauded the American people by lying for decades about, among other things, the health effects of smoking and their marketing to children.”

According to Altria,23 “Our companies include some of the most enduring names in American business …” Despite a long and lurid history of lies and deceit, the FDA believed this zebra had changed its stripes when Altria promised to remove flavored pods from the market.

Holding true to the letter of their promise, they removed pods from some existing companies, but defied the spirit of intent when they invested in Juul to take advantage of Juul’s market value and lend Altria’s asset distribution channels to Juul.

Even though the tobacco industry was found guilty of civil racketeering and deliberately addicting their consumer base to a product they knew would ultimately cause their death, Juul has been working to develop a product to get around the European Union (EU) rules regulating the amount of nicotine delivery in e-cigarettes.24

They reportedly hope to develop a pod with lower nicotine, but increase the voltage in the device to essentially deliver a similar “hit,” as they seek to expand their market in the EU. This is yet another demonstration of the tobacco industry’s desire to circumvent the law and its lack of regard for consumer safety.

Additionally, research has found exposure to nicotine during teen years may increase the risk of addictive behavior. Researchers25 used an animal model to evaluate if rats exposed to nicotine during adolescence would grow up to drink more alcohol than those who were not exposed. They discovered exposure changes the neurological circuitry in the brain within the reward pathway.

During adulthood this function did not change in the same way it does during adolescence. The alterations in neurotransmitters are responsible for sending signals during stress, or recognizing reward. Long-term changes in the midbrain reward center may also be a gateway to other addictive drugs, such as cocaine, heroin and morphine.26

Gottlieb supports the proposed rule to cut nicotine in cigarettes to nonaddictive levels as it may cause up to 5 million adults to quit smoking within the first year after the regulation is enacted.27

City Takes Matters Into Its Own Hands

In a unique moved to protect the citizens in their city, San Francisco officials are seeking to crack down on Juul and other e-cig manufacturers. Legislation has been proposed to ban the sale of e-cigarettes within the city limits and prohibit e-cigarette companies from occupying city-owned property in the future.28

The bills’ authors are city attorney Dennis Herrera and supervisor Shamann Walton in a district that includes Juul’s corporate headquarters. This proposal is part of several actions the city is undertaking. San Francisco already bans candy- and fruit-flavored tobacco products. Voters passed that bill in 2018.

The proposed bill to ban companies selling, manufacturing or distributing tobacco products from city owned property would not be retroactive. This means Juul would maintain its current office space but would be prevented from selling within the city limits. Herrera said:29

“These companies may hide behind the veneer of harm reduction, but let’s be clear, their product is addiction. They’re in the business of getting people addicted, or keeping them addicted.”

Juul has efficiently overtaken the e-cig market with a product that effectively delivers more nicotine. To read more on how Juul’s technology has made their pens more addictive than regular nicotine e-cig pods, see my previous article, “Why the New Nicotine is Super Addictive.”

Recent research reveals vaping is taking a large toll on health, and researchers say switching to e-cigarettes is not eliminating any health risks. Data was gathered in one of the largest-ever studies conducted on the health effects of vaping to be presented at the American College of Cardiology 68th Annual Scientific Session in New Orleans.30

The research reveals adults using e-cigarettes have a significantly higher chance of myocardial infarction, coronary artery disease and depression. Previous research has been mixed, with tobacco companies advertising e-cigs as a method to help traditional smokers kick the habit.31

Digging deeply into the data, researchers discovered the risk rose with vaping, despite the measured frequency. Dr. Mohinder Vindhyal, assistant professor at the University of Kansas School of Medicine, Wichita, and the study’s lead author, commented on the results:33

“Until now, little has been known about cardiovascular events relative to e-cigarette use. These data are a real wake-up call and should prompt more action and awareness about the dangers of e-cigarettes. When the risk of heart attack increases by as much as 55 percent among e-cigarettes users compared to nonsmokers, I wouldn’t want any of my patients nor my family members to vape.

When we dug deeper, we found that regardless of how frequently someone uses e-cigarettes, daily or just on some days, they are still more likely to have a heart attack or coronary artery disease.”

Avoid using e-cigarettes and seek other options to help you quit smoking. In my previous article, “Vaping Shuts Off Protective Cells in Your Lungs,” I share strategies to help make quitting smoking easier.