You are here:
ArthritisHealth Basics 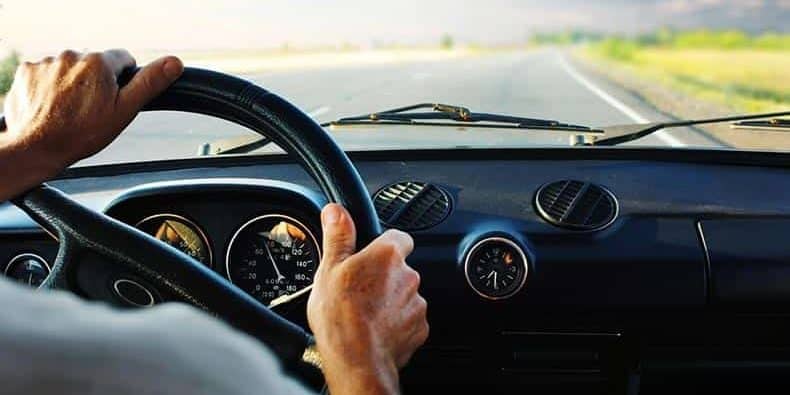 One in 4 Americans (and 1 in 3 millennials) reports knowing someone addicted to opioids,1 and recent statistics reveal driving under the influence of these and other drugs has become a serious problem, now causing more fatal car crashes than drunk driving.2

Many who go on to develop an addiction to opioids start out merely seeking relief from their aches and pains. Back pain is a leading cause of opioid use, but many also get hooked on these potent painkillers after receiving a prescription following a sports injury or a minor surgical procedure such as a tooth extraction.

Little did they know the painkiller they were taking would lead them down such a dark and troublesome path. For years, drug makers misled doctors and patients about the addictive nature of their narcotic painkillers. As it turns out, opioids are highly addictive and have become the No. 1 gateway drug to heroin.

While the rising death toll from opioid overdoses has received much-needed attention in the last couple of years, another related problem is now surfacing. Millions of people are driving under the influence of opioids, yet law enforcement has few reliable tools to identify drugged driving, or for measuring opioids and other drugs in someone suspected of driving under the influence.

Drugged Driving Is a Leading Cause of Fatal Car Crashes

According to a report3,4,5 compiled by the Governors Highway Safety Association and the Foundation for Advancing Alcohol Responsibility, prescription and/or illegal drugs were involved in 43 percent of fatal car crashes in 2015, while 37 percent involved illegal amounts of alcohol. The findings highlight an urgent need for law enforcement training in identifying drug-impaired driving. As reported in the Chicago Tribune:6

“The drugged driving report, which summarizes findings from multiple studies, said law enforcement officers often have a hard time recognizing drivers under the influence of drugs, who are more difficult to assess than those driving drunk.

‘Officers need to know more than they do for alcohol how to suspect drug impairment, and know that it can exhibit itself in different ways,’ [lead author and former National Highway Traffic Safety Administration official Jim] Hedlund said in an interview. ‘Drug impairment has different signs and symptoms — think of the difference between uppers and downers.’”

Many drivers also make the mistake of not taking their drug use into account before getting behind the wheel. Illegal drugs are far from the only drugs capable of impairing your judgment. As noted in the report, hundreds of medications can impair your driving ability, including some sold over-the-counter (OTC). Opioids are certainly part of that list. Drugs — both prescription and illegal — in combination with alcohol is particularly risky.

When it comes to measuring the amount of drugs in a person’s system, the fact that different drugs metabolize in very different ways and at different rates makes testing of blood, urine or saliva extremely challenging, not to mention the fact that no single test can measure all the possible drugs a driver might be on. An alternative is to use other types of tests to evaluate whether a driver might be impaired by drugs.

The Foundation for Advancing Alcohol Responsibility is giving out $100,000 in grants this year to train police officers in five states on the identification of drug-impaired driving. The U.S. Drug Evaluation and Classification Program, for example, teaches law enforcement to use a 12-step evaluation. The drawback is, it’s a 90-minute procedure that is not easily done roadside.

Adding to the dilemma is that while “driving while impaired” is illegal in all 50 states, the specific definition of “drug impairment” varies. There’s also no uniformity in what drugs are actually screened for when impairment is suspected. Testing for all of the hundreds of drugs known to cause impairment is hardly feasible either.

According to the report, marijuana accounted for 35 percent of fatally injured drivers found to have drugs in their system; amphetamines accounted for 9 percent, while more than half were caused by “other drugs.” In terms of crash risk, European studies have found the following associations, assuming a driver with no drugs or alcohol in their system has a relative crash risk assessment of 1:7

Opioids Versus Marijuana — Don’t Lose Sight of the Greater Issue

While the report and most subsequent media articles have honed in on marijuana, let’s remember that the majority of the fatal crashes, over 50 percent, involved “other drugs,” and that opioids have a higher relative crash risk than marijuana.

While 1 in 8 American adults (13 percent) reports smoking marijuana,8 the opioid problem surely outweighs recreational marijuana use. More than 259 million prescriptions for opioids are written in the U.S. each year9 — an astounding 1 in 5 patients with a pain-related diagnosis is prescribed opioids, and in some states opioid prescriptions outnumber the residents.10

Honing in on how the legalization of marijuana may impact road safety without saying a single word about the impact of opioids is just reprehensible. We cannot continue sweeping the matter of opioid overuse and addiction under the rug and simply point fingers at marijuana.

According to a CNN report,17 Jupiter, Florida, police found Woods asleep at the wheel in his car on the side of the road. The driver’s side had minor damage, and both front and rear tires on that side were flat. When the officer woke him up, Woods’ speech was slurred, and he said he didn’t know where he was. He was arrested and charged with DUI. A Breathalyzer test revealed he had no alcohol in his system, however, and he admitted he was taking “several prescriptions.”

In a public apology,18 Woods blamed his impairment on “an unexpected reaction to prescribed medications. I didn’t realize the mix of medications had affected me so strongly.” He’s recovering from surgery, so the medications he’s referring to may have been prescribed in relation to that.

“I want the public to know that alcohol was not involved,” Woods said — a comment that highlights the social stigma of drinking and driving. But we now need to recognize that medications are just as dangerous when you’re behind the wheel. A prescription is not a “free pass” to avoid personal responsibility. You still have to make sure you are in fact not impaired before driving.

The same goes for over-the-counter drugs. Certain allergy medications and cough syrup, for example, can make you drowsy and the side effects may linger well into the next day. A California man was even charged with DUI resulting from excessive caffeine intake earlier this year.

The man was arrested for “erratic, reckless driving” and charged with DUI. When testing failed to reveal drugs or alcohol, he was cited for driving under the influence of caffeine — the only substance found in his system. The charges raised many an eyebrow and were eventually dropped, but not without some legal wrangling.

It’s extremely important to be cognizant of your level of impairment when taking ANY drug. Also beware of the addictive potential of opioid drugs. I urge you to seriously weigh your need for them. If you have not seen it yet, watch the documentary “Chasing the Dragon” before filling that prescription. There are so many other ways to address pain.

Below is a long list of suggestions. If you are in pain that is bearable, please try these options first, before resorting to prescription painkillers of any kind.

If you need a pain reliever, consider an over-the-counter (OTC option. Research19 shows prescription-strength naproxen (Naprosyn, sold OTC in lower dosages as Aleve) provides the same pain relief as more dangerous narcotic painkillers. However, while naproxen may be a better alternative to narcotic painkillers, it still comes with a very long list of potential side effects,20 and the risks increase with frequency of use.