The Cholesterol Myth Has Been Busted — Yet Again 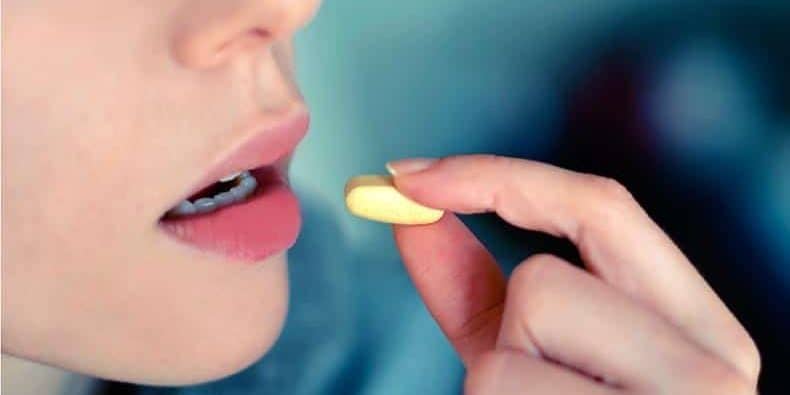 For the past four decades, the U.S. government has warned that eating cholesterol-rich foods such as eggs would raise your LDL cholesterol (inappropriately referred to as “bad” cholesterol) and promote heart disease.

Alas, decades’ worth of research utterly failed to demonstrate this correlation, and the 2015-2020 Dietary Guidelines for Americans1,2,3,4,5 finally addressed this scientific shortcoming, announcing “cholesterol is not considered a nutrient of concern for overconsumption.”6

This is good news, since dietary cholesterol plays an important role in brain health and memory formation, and is indispensable for the building of cells and the production of stress and sex hormones, as well as vitamin D. (When sunlight strikes your bare skin, the cholesterol in your skin is converted into vitamin D.)

Unfortunately, the dietary guidelines still cling to outdated misinformation about saturated fat, wrongly accusing it of raising LDL and contributing to heart disease. Here, science has shown that saturated fat only raises the safe, fluffy LDL particles. It also increases HDL, which is beneficial for your heart.

The guidelines became and are still confusing because the basic premise was wrong. Dietary fat is indeed associated with heart disease, but it’s the processed vegetable oils, which are loaded with trans fats and oxidized omega-6 fats, that are the problem, not saturated fats.

The introduction of industrialized, highly processed and frequently heated omega-6 vegetable oils distorted the vitally important omega 6-to-3 ratio, causing metabolic catastrophes. The problem was further exacerbated by replacing saturated fat with refined carbohydrates, which were incorrectly viewed as a healthier option, thanks to misinformation created and spread by the sugar industry.

Nutrition and biochemistry are clearly important to your health, but so is your body’s electrical system. All our membranes are made of fats that are insulators and connected through a conductor. This arrangement sets up a biological capacitor to store electrons — but only if the fats are healthy.

If you consume damaged fats, or worse, heated and hydrogenated oils, the fatty acids in the cell membrane essentially become nonfunctional and unable to store body voltage, thus increasing the risk for disease. This is one of many reasons why it is so vital to eat healthy fats.

Ancel Keys was one of the most prominent nutritional researchers of the mid-20th century. He gained enormous professional and influential prominence and his views were widely adopted by professional and public health organizations. His research formed the foundation for all of the low-fat recommendations that followed. Interestingly, some of his own follow-up research actually undermined his hypotheses on cholesterol and saturated fat, but these findings were never published.

Had they been, the cholesterol and low-fat myths might never have gained the same kind of traction. The four decades’ old study in question was unearthed by Dr. Christopher E. Ramsden, who specializes in digging up and reevaluating lost studies that challenge mainstream health advice.

Keys, who was largely funded by the sugar industry, is believed to have been responsible for suppressing this damning study, as it doesn’t support his original hypothesis. Only parts of the trial’s results were ever published, leaving out the controversial finding that replacing saturated fats with vegetable oil had no benefit on mortality. As reported by Scientific American:17

“Ramsden, of the National Institutes of Health, unearthed raw data from a 40-year-old study, which challenges the dogma that eating vegetable fats instead of animal fats is good for the heart. The study, the largest gold-standard experiment testing that idea, found the opposite …

Although the study is more than just another entry in the long-running nutrition wars — it is more rigorous than the vast majority of research on the topic — Ramsden makes no claims that it settles the question. Instead, he said, his discovery and analysis of long-lost data underline how the failure to publish the results of clinical trials can undermine truth.”

Saturated Fat Vindicated in Largest Most Rigorous Trial of Its Kind

The study,18 conducted from 1968 to 1973, included 9,423 participants between the ages of 20 and 97, making it the largest trial of its kind. The participants were also residents of state mental hospitals and a nursing home, making it one of the most rigorously detailed studies as the meals of every person were carefully logged.

On the average, each patient was followed for about 15 months. Participants were randomly assigned to one of two groups, receiving either:

After analyzing the data, Ramsden and his team found that vegetable oils lowered total cholesterol levels by an average of 14 percent after one year. However, this lower cholesterol did not result in improved health and longevity, which is the conventional belief. Instead, the research showed that the lower the cholesterol, the higher the risk of dying!

For every 30 point drop in total cholesterol there was a 22 percent increased chance of death. In the 65 and older category, those who received vegetable oil experienced roughly 15 percent more deaths compared to seniors in the saturated fat group. The vegetable oil also did not result in fewer cases of atherosclerosis or heart attacks.

On the contrary, autopsies revealed both groups had similar levels of arterial plaque, but 41 percent of the vegetable oil group showed signs of at least one heart attack compared to just 22 percent of those in the saturated fat group. According to the authors:

“Available evidence from randomized controlled trials shows that replacement of saturated fat in the diet with linoleic acid [vegetable oil] effectively lowers serum cholesterol but does not support the hypothesis that this translates to a lower risk of death from coronary heart disease or all causes.”

Why Vegetable Oils Are so Bad for Your Health

Later this year I will post my interview with Dr. Cate Shanahan, author of “Deep Nutrition: Why Your Genes Need Traditional Food,”19 in which she delves into the profound harms done by processed vegetable oils in the modern diet. To learn more, keep your eyes open for that interview.

According to Shanahan, vegetable oil is your brain’s worst enemy, attacking it “at seven distinct vulnerability points using seven distinct strategies. All seven strategies are at work in causing autism and other childhood neurologic disorders.” This includes:

Other reasons why vegetable oils cause heart disease and other health problems include the following:

Many Studies Have Debunked the Saturated Fat Myth

Several other studies have also demonstrated that replacing saturated fats with vegetable oils is a bad idea. While the benefits for cardiovascular mortality and risk-factor reduction have been mixed, none of these trials showed that restricting saturated fats reduced total mortality:

“One would expect that the more you lowered cholesterol, the better the outcome. But in this case the opposite association was found. The greater degree of cholesterol-lowering was associated with a higher, rather than a lower, risk of death.”

The cholesterol myth has been a boon to the pharmaceutical industry, as cholesterol-lowering statins — often prescribed as a primary prevention against heart attack and stroke related to high cholesterol — have become one of the most frequently used drugs on the market. In 2012, nearly 28 percent of American adults over the age of 40 reported using a statin.31

Updated cholesterol treatment guidelines issued by the American College of Cardiology and the American Heart Association (AHA) in 2013 made another 9.3 million Americans eligible candidates for the drug. However, researchers have repeatedly warned the cardiovascular risk calculator32 used may be overestimating your risk by anywhere from 75 to 150 percent.33 This means even healthy people at low risk for heart problems are being turned to statins.

What’s worse, the guideline also removed the recommendation to use the lowest drug dose possible. Instead, the sole focus is on statin-only treatment at higher dosages. The guidelines also ignore the density of the lipoproteins (the LDL and HDL). Large fluffy LDL particles are not harmful. Only small dense LDL particles can potentially cause problems as they can squeeze through the lining of your arteries. If they oxidize, they can cause damage and inflammation.

This means you could potentially have an LDL level of 190 but still be at low risk as long as your LDLs are large, and your HDL-to-total cholesterol ratio is above 24 percent. As mentioned earlier, saturated fat not only increases your HDL, it also increases large, fluffy LDLs, which is what you want.

Now, researchers have revisited the cholesterol guidelines, noting there are significant differences between the two leading guidelines in the U.S.34 In 2016, the U.S. Preventive Services Task Force (USPSTF) released its own cholesterol treatment guidelines, which suggests statins should not be used unless the patient has at least one other risk factor (such as high blood pressure, diabetes or smoking) in addition to having a 10 percent risk on the cardiovascular risk calculator.

Under these guidelines, an estimated 17.1 million Americans are candidates for a statin, compared to the 26.4 million covered by the American College of Cardiology/AHA guidelines. The differences between the two guidelines have caused a great deal of debate among experts.

Which one’s better? As Michael Pencina, a professor of biostatistics and bioinformatics at the Duke Clinical Research Institute and lead author of the study told CNN:35 “There’s generally confusion on who should be getting statins. I don’t think we have the perfect guideline yet.”

In my view, the number needed to treat offers compelling clues to the overall uselessness of statins. According to an analysis by the USPSTF, published last year:36

A 2015 report37 published in the Expert Review of Clinical Pharmacology concluded that “statistical deception created the appearance that statins are safe and effective in primary and secondary prevention of cardiovascular disease.”

By using relative risk reduction, the trivial benefits of statins are amplified. If you look at absolute risk, statin drugs benefit a mere 1 percent of the population. As noted by the USPSTF, this report found that out of 100 people treated with the drugs, one person will have one less heart attack.

Statins Do Not Reduce Mortality, and Can Seriously Harm Your Health

Other studies38 have also found that statins provide no reduction in mortality when used preventatively — even in at-risk groups. This strongly suggests statins have even less of a benefit among those already at low risk of heart disease. Recent research39 has also confirmed that high cholesterol is not linked with heart disease in the elderly, prompting the researchers to conclude that reducing cholesterol levels with statin drugs is “a waste of time.”

Indeed, Stephanie Seneff, Ph.D. and senior scientist at MIT, believes heart disease is a cholesterol deficiency problem, which is essentially the converse of the conventional paradigm. Still, her hypothesis appears to be supported by studies showing people with higher levels of cholesterol actually live longer than those with lower levels.

Aside from being a “waste of time” and not doing anything to reduce mortality, statins also carry with them a list of over 200 side effects and clinical challenges, including:40,41

As a general rule, cholesterol-lowering drugs are not required or prudent for the majority of people — especially if both high cholesterol and longevity run in your family. Also keep in mind that your overall cholesterol level says very little about your risk for heart disease.

For more information about cholesterol and what the different levels mean, take a look at the infographic above. As for evaluating your heart disease risk, the following tests will provide you with a far more accurate picture than your total cholesterol or LDL level alone: